The role of the group

The Healthwatch Coventry Steering Group plays an important role at the heart of what we do. It is made up of local people and representatives from local voluntary groups.

It decides work priorities and oversees how our work is done; working to ensure Healthwatch work is effective and influential and brings outcomes for local people . It maintains the values Healthwatch Coventry.

The group meets every other month and meetings are held in public.

Find out when our next meeting is on our events page

Our volunteers (local people who are lay members)

Our voluntary and community group members

We advertise three places for voluntary and community groups working in Coventry every two years. Our current vcs members are

And from our host organisation Voluntary Action Coventry - Sue Ogle 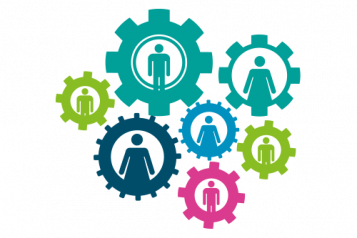 Could you help our work of improving health and social care?

We are currently recruiting to our Steering Group.

Do you have good communication skills and the ability to be objective and think critically about information? This could be for you.

This is a volunteer role. Out of pocket expenses are paid and training provided.  3 year term.

Find out more about how to apply 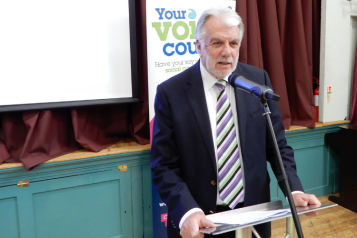 Stuart has lived in Coventry for nearly 40 years and has had a long and distinguished career in radio and television including; 15 years at Mercia Sound; reporting for Sky Sports news; and presenting news and political programmes on BBC TV.

His interest in health and care issues developed through his coverage of health issues on radio and television and his membership of his local GP practice participation group.

Whilst at Mercia Sound, he was a founder of the Charity Snowball, which saw the radio station join forces with the Coventry Telegraph newspaper to raise funds for the benefit of chronically sick and disabled children.

He was made MBE for services to broadcasting in 1995.

Stuart’s work in the community in Coventry and Warwickshire was recognised by the award of an Honorary MA degree from Coventry University in 1999.

The role of Healthwatch Coventry Chair is a volunteer role.